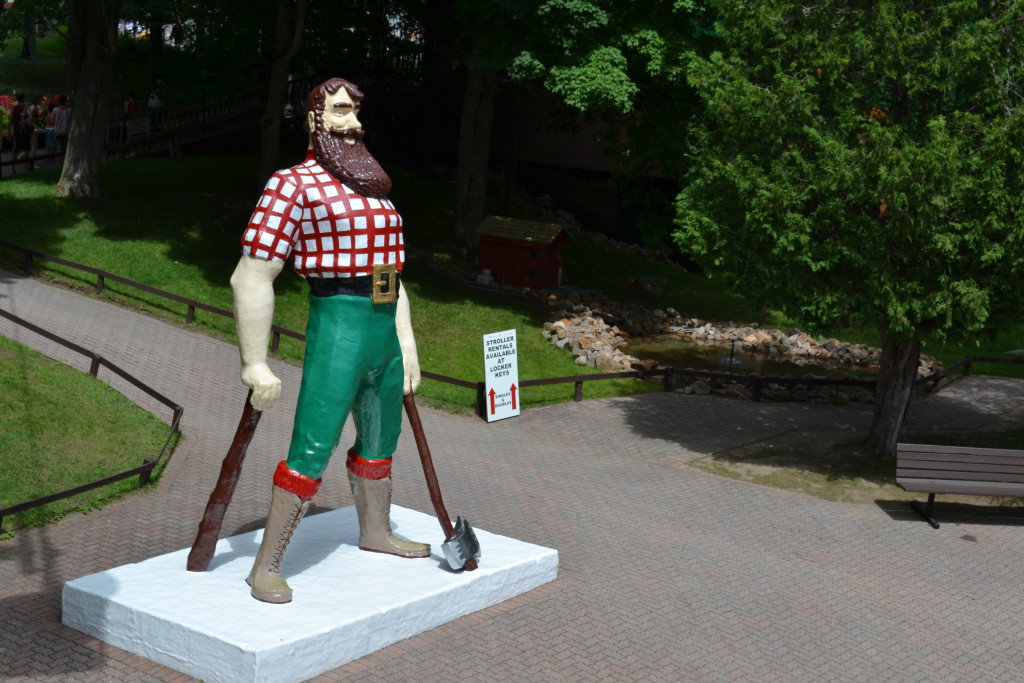 For more than a century, the giant lumberjack Paul Bunyan has been the subject of thousands of exploits that are treasured among generations in the United States. It is said that he once dragged his ax across the Southwest and created the Grand Canyon. Americans have created thousands of folk stories about Bunyan making him a national icon for the great outdoors and all it has to offer. Old Forge, New York sits right in the heart of the Adirondacks and it only makes sense to have their own personal take on Paul Bunyan.

In New York’s largest water theme park Enchanted Forest Water Safari, “Tall Paul” has been the subject of millions of snapshots that are treasured in family albums and now countless social media posts. The much-photographed Paul is the 19-foot high statue that has greeted visitors to the Enchanted Forest since its opening in 1956. 62 years of memories have been created by the larger than life rendition of Paul. By the way, did you know that phonetically “Bunyan” is similar to the Québécois expression, “bon yenne!” expressing surprise or astonishment.

Though the park has changed considerably over the years, Paul Bunyan is the one constant and most popular attraction. He is practically impossible to miss, as visitors enter the gates he is there to welcome one and all. Generations of people have been photographed with Paul. Those who were first photographed as children now proudly pose with their grandkids, and even great-grandkids.

“We have guests come to the park with their kids and even their grandkids because their parents posed with them when they were kids. We’ve seen photos that include at least four generations of families creating this wonderful family tradition,” said Katie Wojdyla Vice President and Director of Marketing.

Continue the tradition or start one this year. Have your photo taken by one of Water Safari’s Safari Snapshot park photographers or take your own (Paul loves selfies). Pack in as many family and friends as you can, don’t worry Paul has plenty of room for all to take part in making memories.